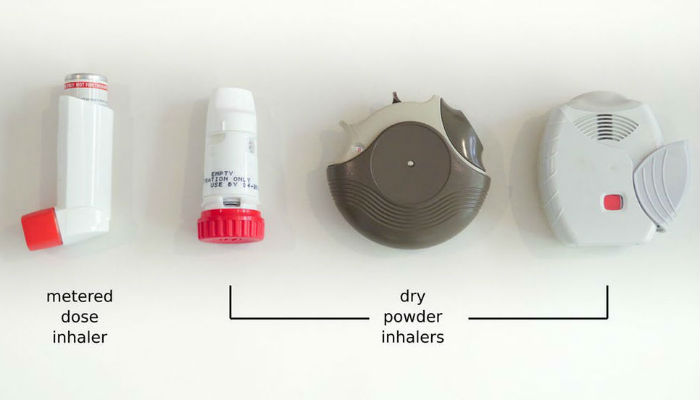 A recent news article written by Brett Montgomery, a senior lecturer in General Practice at the University of Western Australia has outlined the potential harm some asthma inhalers are causing to the environment.

Medicines used to treat asthma are typically delivered by inhalation as it is the quickest way to deliver the medicine to the target location, in the airways.

These inhalers consisted of the asthma medication, and a pressurised propellant liquid mixture so a puff of mist is sprayed out and inhaled.  After the medicine is absorbed by the body, the propellant is turned into a gas and exhaled into the air.

Dry powder inhalers on the other hand consist of the medicine only in a fine powder which is swept into the lungs during inhalation and absorbed.  No propellant liquid involved.

It is the propellant in its gas form which has been shown to contribute to global warming as a hydroflurocarbon (HFC) which is typically used as a refrigerant gas.  Many years ago chloroflurocarbons (CFC’s) were phased out due to their damaging effect on the ozone layer and HFC’s were used in their place.

An estimated 116,000 tonnes of carbon dioxide equivalent pollution is produces by asthma inhalers alone in Australia each year.  That’s the same as about 25,000 cars annually.

While there are global sanctions to phase out the use of these HFC’s the deadlines are still decades away and we can possibly do more now.

So what can Asthma sufferers do to help?  Firstly speak to your local GP and Pharmacist about other inhalers available.  A switch to dry powder inhalers is very feasible for the majority of asthma sufferers however some who have trouble inhaling may not be able.

Every little bit counts to reducing our carbon footprint so consider changing if it’s an option for you.

Originally appeared on The Conversation. (https://theconversation.com/your-asthma-puffer-is-probably-contributing-to-climate-change-but-theres-a-better-alternative-92874)