Sleep and Its Abnormalities (Parasomnias)

02 Jun Sleep and Its Abnormalities (Parasomnias)

Posted at 06:50h in Medical Newsletter by admin

Abnormal movements in sleep, also called parasomnias, are relatively common. They cover a broad spectrum, ranging from physiologic phenomena such as isolated twitching to complex behaviors and serious disease (Figure 1.). 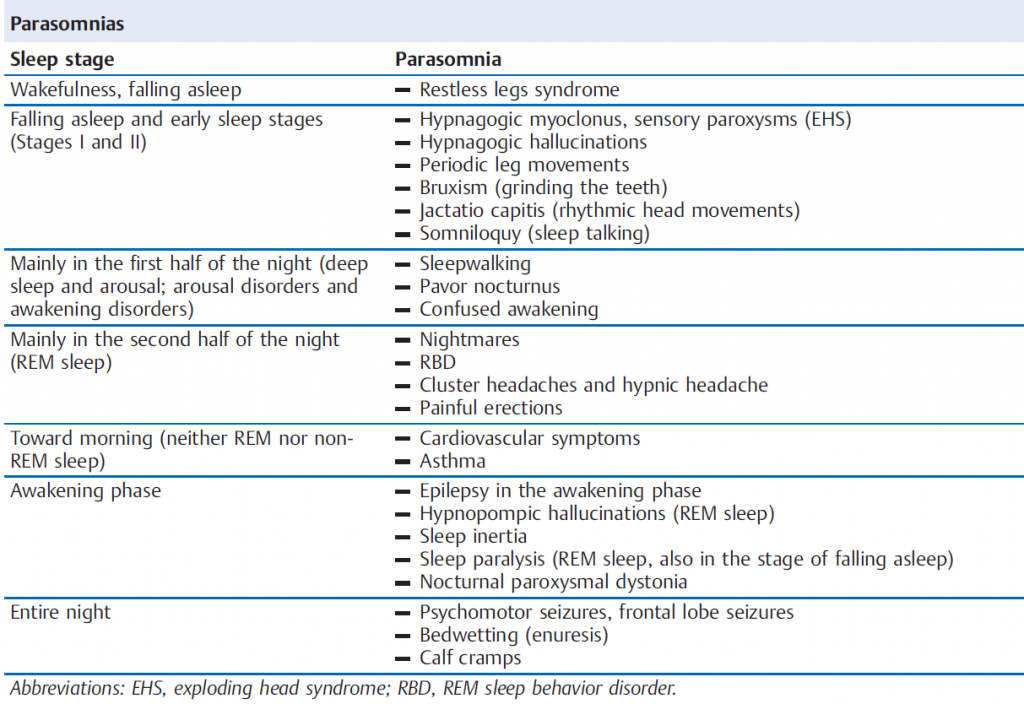 In this Newsletter we will touch on a few of the most common disorders:

The differential diagnosis of abnormal movements in sleep (parasomnias) should always include nocturnal twilight states with behavioral automatisms as a manifestation of temporal or frontal lobe epilepsy, particularly when similar disturbances occur during the day or a temporal or frontal brain lesion is present.

The diagnosis of some of those are established by video-polysomnography.